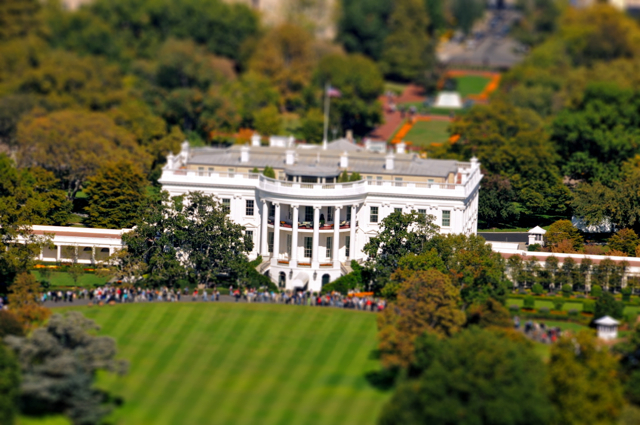 I’ve been fascinated by the Presidency and all of its trappings (such as the White House and Marine 1) ever since I was a teenager watching The West Wing.  The necessarily tight security surrounding the White House can make it tough to get great pictures that show off the majesty and dignity of the office.  I loved my tour of the White House, but cameras are not allowed on tours of the interior.  So I was ecstatic when I saw that there was an opportunity to tour the grounds of the House and bring along a camera.  These tours are not very widely advertised and only happen twice a year, but they get a lot of traffic.  I think a lot of people happen to be walking by and see what’s going on.  I’m going to save you the trouble of relying on serendipity and explain how you can take the tour and get some great photos.

The Garden Tours are scheduled on two weekends a year; in the Spring and in the Fall.  The exact dates are not released until a couple weeks before, but the tours usually occur the second weekend in April and the third weekend in October.  Times usually run from 10 a.m. – 4:30 p.m. on Saturday and 10 a.m. – 2:30 p.m. on Sunday.

In order to get in you’ll need a ticket.  Free, timed tickets are distributed from the Ellipse Visitor’s Center (located at the northeast corner of the Ellipse).  A timed ticket means your ticket will allow you entrance at a specific time on that day.  Tickets are distributed starting at 9:00 a.m. and each person can only get one ticket.  There is really no rush to get there right at the beginning.  I’ve arrived early and have been about 20 people back in line but they have plenty of tickets.  The earlier you get there, the more choice you will have in terms of times; the earlier times go the fastest.  While it’s better to be safe than sorry and get there before noon, after a few hours White House staffers start to approach people as they walk down 15th Street and distribute tickets.

Your tour through the White House grounds is self-guided but there is a well defined path to follow.  Once you enter the grounds you can spend as long as you like at any point and get the pictures you’re looking for. 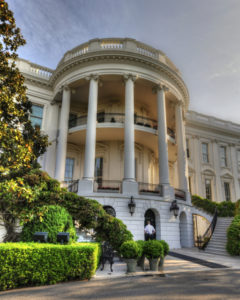 (1) South Entrance to the White House and the South Lawn:  As you enter the grounds, the Jacqueline Kennedy garden and the East Wing of the White House are off to your right.  There are also static picture displays set up showing past Presidents and their families.  While those are interesting, the first place I stopped was at the White House south entrance.  It is very difficult to get a picture here since you can’t scoot back and it is highly congested with people.  A much better photo of the House itself can be had at the South Lawn Fountain (3).  From here, however, you have an amazing view of the Washington Monument and Jefferson Memorial across the South Lawn.  You can also get pictures of some of the architectural details, such as the columns.

(2) The West Wing, the Oval Office, and the Rose Garden: I was amazed at how small the  structure of the West Wing actually is.  The Rose Garden, where you often see the President giving televised speeches, was unimpressive during the Fall Garden Tour I went to but, I’m sure, is quite something when it is in full bloom in the Spring.  As you stand at (2) the Oval Office juts out of the West Wing to your left.  It’s really not much to look at but I took a photo of the outside of it anyway.

(3) South Lawn Fountain and White House View: This was my favorite stop along the trip.  If you want a picture of yourself on the grounds, this is the place to get it.  You can stand along a chain that keeps people off the grass and there’ll be no one immediately behind you ruining your picture.  It is difficult keeping people from walking between you and the camera however.  I found several nice people who were willing to take my picture here. This is also a great place to get a picture of the White House with as few people as possible (of course people will still be at (1) but they will not be noticeable in a wide-angle picture). 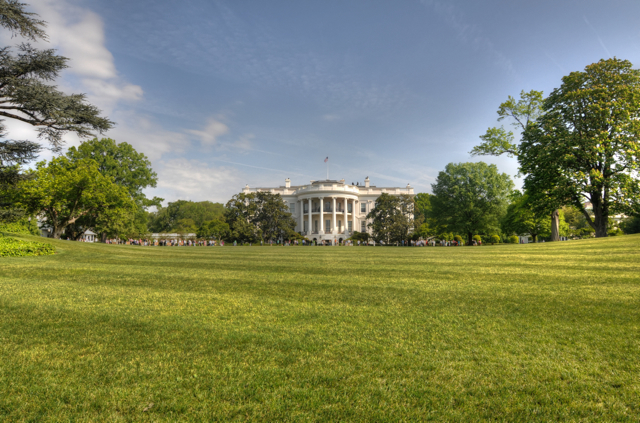 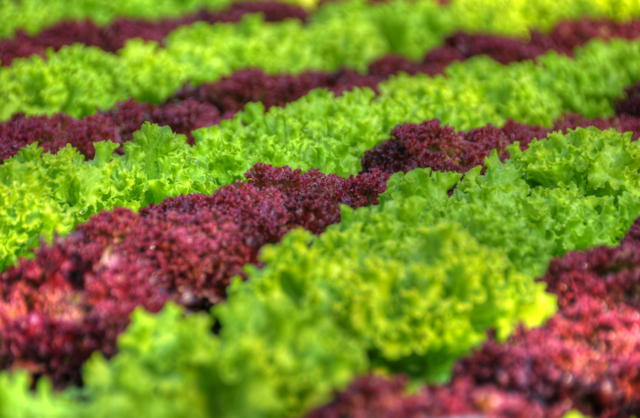 (4) First Lady’s Vegetable Garden:  As I’m sure you know, Michelle Obama is a fierce advocate for healthy eating and she practices what she preaches, partially at least, by growing some of her own vegetables.  It looks like any other garden you’ve seen, but you can say you saw the First Lady’s. I’m also sure that it’s much more impressive in the Spring than in the Fall.

Lens: I recommend having a lens that covers a wide range of focal lengths (roughly 18-135 mm).  The pictures near the South Entrance (1) require a wide angle, while pictures of the Vegetable Garden (4) are from a fair distance away.  The pictures I took covered a range from 18-200 mm but some at the high end were unnecessarily zoomed in.

Tripod: Leave the tripod at home or in the hotel room.  They’re not allowed and there isn’t enough room to set them up anyway.  The same thing goes for monopods.  You’ll get turned away if you bring one.

Flash: Large photo bags are not allowed (see below) so if space is tight you can just leave the flash.  The only reason you’d really need it is as fill lighting for portraits.

Filters: There is quite a bit of foliage around the White House so a circular polarizing filter can help bring out the green colors in the trees and the blues in the sky.

Bag: For security reasons they don’t like people bringing in backpacks.  You are better off bringing a shoulder bag that’s large enough to hold your camera and a few accessories.

dc.about.com – This is how I found out about the Garden Tour last year and it’s a great resource for other info about DC.

A YouTube Video – I found this YouTube video someone took while walking through.  It’s not the best quality but it basically narrates all the things I’ve said here and shows you just how crowded it can get.

Tripod: Leave it at home