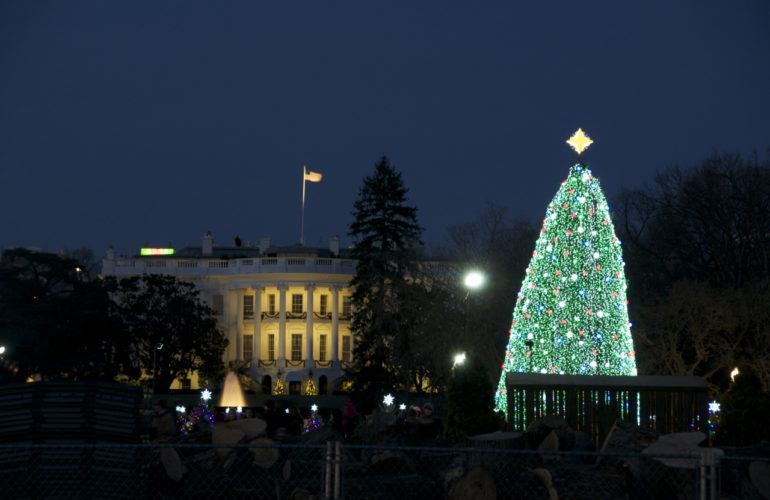 The lighting of the National Christmas Tree is an annual event that presents some photographic challenges, but if you can overcome them you can walk away with some great pictures.  I went for the lighting in 2011 and was disappointed with my photos.  The event takes place on the Ellipse, near the White House, and features the whole First Family lighting the tree and some big name music acts singing Christmas songs.

This year’s lighting takes place on December 4th, 2014 at 5 p.m.  While that might seem like a long time off still, I’m giving you a heads up because in order to get in you need to enter to win tickets.  You can enter, for free, by going to www.thenationaltree.org between 10 a.m. (EST) on Friday, October 17th and 10 a.m. on Monday, October 20th. The website will direct you to www.recreation.gov where you’ll fill out an online form. If you’re lucky enough to get selected, you will find out via e-mail a few days later.  There are 3,000 seats for 17,000 people and I’m not sure if it’s general admission so my advice would be that, if you want to get up close and sit down, you should get there between 3 and 3:30 on December 4th.

My first advice would be to apply for seated tickets.  I was at the front edge of the standing area and was still pretty far away (about 200 yards away from the stage).  Between the darkness, long distance, and zoom lens, I ended up with only a few non-blurry photos and the composition was not very good in those.  With seated tickets, you could potentially get much closer and not have as much difficulty. 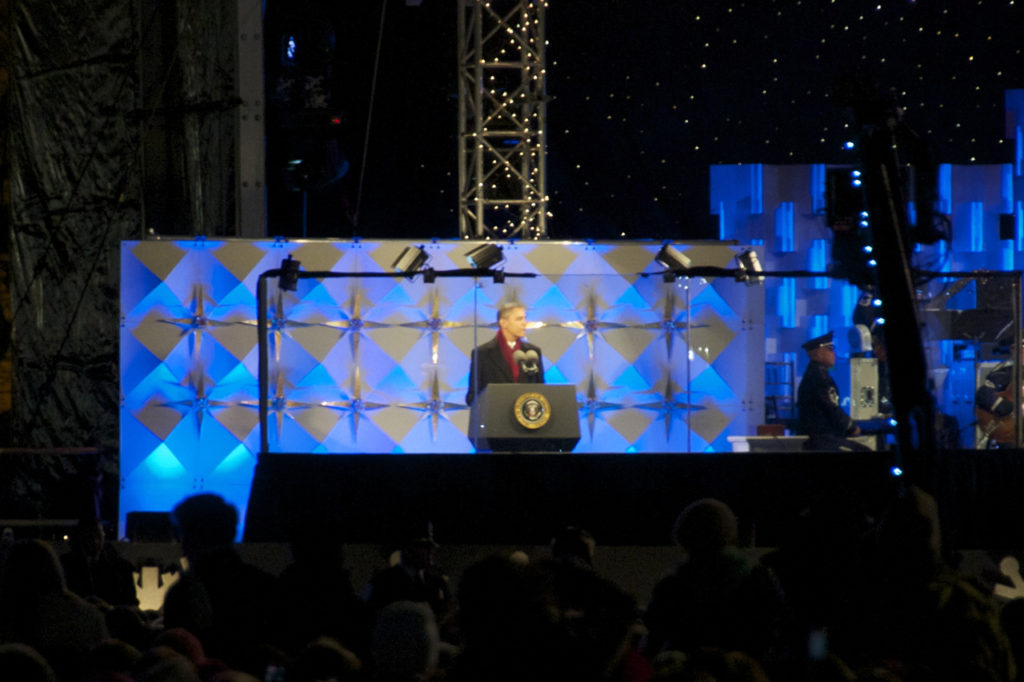 Being toward the front (of the standing or seating area) is also helpful because, unless you are in the first row, there will be someone in front of you, they will likely be taller than you, and they will want to hold their cell phone up over their head the whole time to take pictures or video of the event (just like you want to do).  So you’ll have to negotiate those challenges.  My advice is have a camera, preferably an SLR, with the live view feature.  That way you can hold your camera up over your head, use the LCD to frame the picture, and snap a better picture than you can get at eye level.  This helps so you don’t have to frame a shot with people’s heads, though sometimes it’s unavoidable. 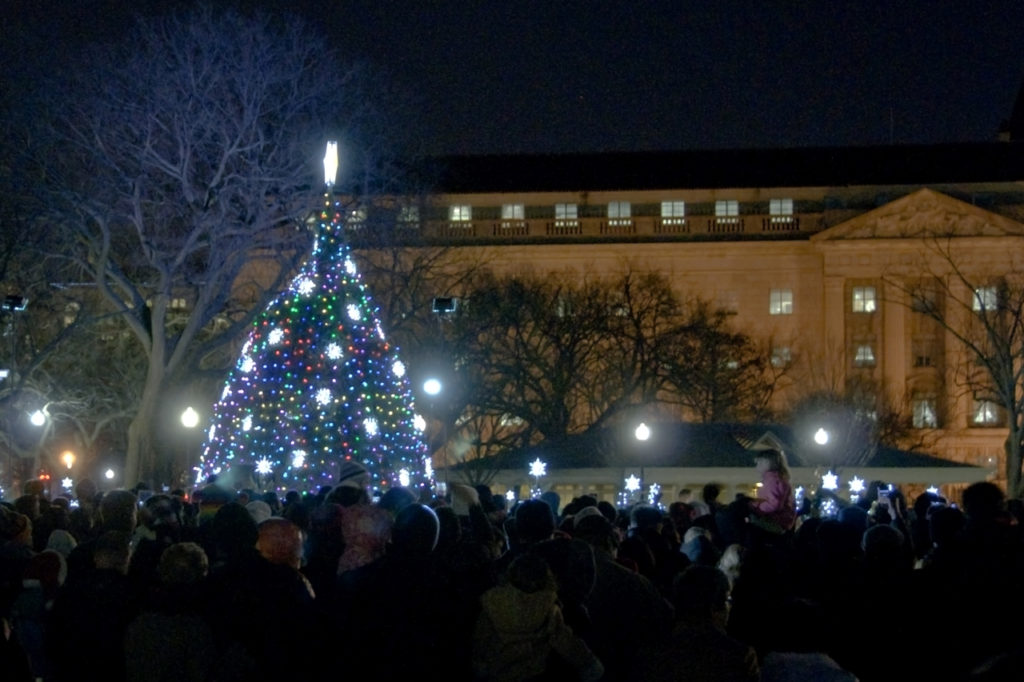 As I mentioned earlier, an additional challenge at the National Christmas Tree Lighting is….well, lighting.  The sun sets at 4:46 p.m. on December 6th so the ceremony will take place after dark.  There will be spotlights and of course, the lights from the Christmas Tree but it will still make for long exposures.  Add to this the fact that you likely won’t be that close to the stage and are taking pictures with your camera held over your head and you have the perfect storm for blurry pictures.  The best way to overcome this is hike your ISO up to between 800 and 1000, bring (or rent) an f/2.8 or larger aperture lens, and get your arms in shape so you can hold the camera steady.

In case you’re wondering about tripods…I’m not sure what to tell you.  At events like these you’re normally not supposed to bring them, however I saw several people with them.  My recommendation is not to bring it.  You don’t want to get to the gate and be turned back by an over (or appropriately) zealous security guard.  Plus setting it up is kind of rude to others in a crowd so large.

Between the camera and the lens you won’t be able to fit much else in your small camera bag.  Be sure you dress warmly.  The average temperature on December 1st is 42 degrees and you’ll be outside for a while.  Also, double-check the weather the day before to see if you should bring an umbrella.

Whitehouse.gov – A video of the highlights from last year’s ceremony.

DC.about.com – This is where I found out about the event.  They have a lot of other great information as well.

Wikipedia – Read the story behind the tree and the lighting ceremony.

What:        The National Christmas Tree Lighting