If you’re visiting DC and taking photos, you may want to step away from the camera but not away from photography altogether. Here is an idea to recharge your creative batteries. 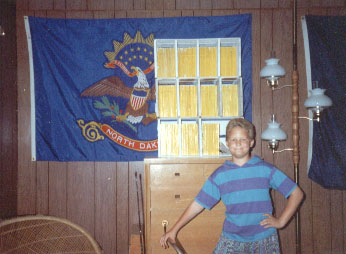 I had a lot of expensive hobbies as a kid; G.I. Joes, Legos, video games. One thing that didn’t cost much was my fascination with National Geographic magazine.  My mom would give me a couple dollars and I would come back from the second-hand store with a stack of them. My dad eventually purchased a subscription for me.  I had a collection that ranged from the early 1950s to the mid-1990s. I would leaf through them, mainly interested in the pictures.  It gave me an appreciation for photography, even before I knew what it was.

Fast-forward 20 years, I’m a dedicated amateur photographer, living a couple miles from National Geographic headquarters.  Like most photographers, I am still captivated by the contents of the magazine but more interested in taking a picture worthy of it’s pages.  So I toil way, taking photos at every opportunity.  I still had this nagging feeling though. I’m so close to what, more than any other place I can think of, is a Mecca of photography. When would I make my pilgrimage.  Two weeks ago, I finally did.

National Geographic holds events across the country (in LA, Chicago, Dallas, Kansas City, Portland, etc.) and around the world.  And they, of course, hold events at their headquarters in downtown Washington, DC.  At the beginning of each the Spring and Fall they release a catalog of events. The events range from cultural art and music presentations, to scientific and conservationist discussions, to adventure and photography talks.  There are several events in each of these subject areas and they are arranged into series. Each series consists of  3 events and you can go to one or all of them; tickets are slightly cheaper if you buy for a whole series.  They are also cheaper if you’re a member of the National Geographic Society.

The event I went to was part of this season’s Masters of Photography Series.  It was entitled Traveling the World for National Geographic.  The ticket was $20. If I were a member of the society it would have been $18, and if I bought at ticket for the full series it would have been $19/show. I didn’t take advantage of either of those options.  I ordered my tickets online. It seemed odd to me that there was a fee to have the tickets e-mailed but regular mail deliver was free.  I opted for the latter. The tickets arrived within a couple days along with directions from the nearest Metro stations and information about parking. The day before the event I received a robo-call and e-mail warning me that the President would be at a nearby event and there would be driving/parking restrictions.

The talk started at 7:30. Out of a combination of poor estimation and obsessive-compulsiveness I arrived at 6:40.  I spent 20 minutes walking around the lobby of the Grosvernor Auditorium (in the NatGeo Headquarters complex) perusing the photography displays. As you can imagine, they were amazing. The lobby and cafe are open during the week as well if you want to stop by. The doors to the auditorium opened at 7 and I took my seat.  The auditorium seats probably 200-300 people. Being there early, I didn’t have much competition for seats; the auditorium didn’t start to fill up until about 10 minutes before showtime.  I spent the next half hour watching advertisements for upcoming NatGeo events on a projection screen and people-watching as the room filled up.  The crowd ranged in age from approximately 10-90 but the average was fairly high (upper 40’s – low 50’s).

Introductions for the speakers began at 7:30. The subject of the talk, the now deceased Tom Abercrombie, had worked for National Geographic for over 40 years so understandably there was a lot to say.  After about 15 minutes of introductions, Tom’s wife Lynn and daughter Mari took the stage.  The two had compiled a book of Tom’s best pictures and stories from his travels and their talk was an hour and a half teaser of it’s contents.  Lynn traveled with Tom during much of his career and recounted her personal stories.  Mari read from her dad’s writings about his travels.  The presentation covered how Tom was discovered by National Geographic, trips he had taken to the South Pole, Easter Island, and other exotic locations, and about his retirement, all the while projecting his amazing photography onto a large screen.

The bulk of the conversation, and the bulk of Tom’s career, focused on a Middle East much, much different than we know today.  Tom and Lynn would fly into Tehran, Iran and drive around the country.  They took a car trip from Oman, through Yemen and Saudi Arabia, to Jordan; a trip that would be incredibly dangerous, if not impossible, today. This is the part of the talk I found most interesting.  I was 11 when the first Gulf War happened, and I had my first introduction to the Middle East. Outside of mentions in history class, it was largely forgotten until I was 21, and 9/11 happened.  For the majority of my life, I’ve seen a consistent, largely negative portrayal of the Arab world.  It was great to hear Lynn’s stories of traveling the countryside, receiving help from bedouins paired with Tom’s pictures of smiling faces.

I found the experience enlightening, educational, and, at times, humorous. One of Tom’s former bosses who did the introduction recounted how Tom had once purchased a rifle and expensed it to National Geographic, writing it up as “car insurance,” which indeed it was in the lawless deserts of the Middle East.  The presentation was also slow at times and seemed overly scripted.

The photography was great. I would have expected no less from a National Geographic event. It was, however, not my cup of tea.  Tom Abercrombie was largely a cultural, person photographer.  My tastes, especially as far as NatGeo is concerned, lean more toward landscapes and wildlife.  Tom’s career took place entirely in the film days. My experience with photography has been digital capture, digital editing.  Before I went, I hoped that somewhere, embedded in this experience, would be some hint of how to get published in the magazine or how to live the dream of being a National Geographic photographer. Instead, I learned that Tom’s experience is unique and is not likely to happen again (making his story worth telling) and that being a National Geographic photographer is not all it’s cracked up to be; Tom nearly died on several occasions.

I will certainly go to another Masters of Photography event, but I will take greater care to pick an event that more closely suits my interests. I want to try the Quest for Adventure Series and some special events.

For a first experience with National Geographic, this was a positive experience, well worth the time. It made me nostalgic for the days in which I would thumb through a magazine and experience the world outside of small town, North Dakota.