I visited Guadalupe Mountains and Carlsbad Caverns as part of a 7 day loop around West Texas and Southern New Mexico. Guadalupe Mountains was one of those national parks that I may not have visited if I weren’t trying to visit them all. Then again, I might have because it and Carlsbad Caverns are close enough that they are pretty much a two-for-one deal.

The Guadalupe Mountains part of the trip was sort of a missed opportunity. I was indecisive about what I wanted to do, there were wildfires in the park leading to some uncertainty about what would be open, and the weather just wasn’t great for dramatic photos. So I didn’t give this park the chance it deserved. I spent a little over four hours in the park and a good chunk of that was spent sitting on a turnout on the road waiting for sunset.

Most of the parks trails branch out from the Pine Springs area, near the Visitors Center. There are 80 miles of hiking trails and I barely scratched the surface.  There are also some sand dunes on the far West side of the park. I never made it over there, but judging from the ratio of pictures I saw, it doesn’t look like many people do.

Guadalupe Mountains is not a highly visited park. Attendance drops during the summer, I’m guessing because of the heat, but there’s a nice peak in October due to Fall colors, which I would love to make it there for at some point.  I visited on a Thursday and Friday in May and there was no one there. There were a couple cars in parking lots, but I didn’t see any people.

I am writing this up a couple years later so I don’t remember the exact weather. I do remember that I was worried about carrying enough water because it was hot. There was also some light rain, but not enough to extinguish the wildfires that were happening in some areas of the park.

I stayed at the Rodeway Inn, about 35 miles Northwest of the park in White’s City, NM. White’s City is right outside of Carlsbad Caverns and I was more interested in visiting that park so wanted to stay closer.

For the most part, I ate groceries I had picked up before leaving El Paso. The Rodeway Inn has some food available at the front office, including pizzas and other concession type items. There are also some restaurants in White’s City.

After flying into El Paso, getting the rental car, and buying groceries, I hit the road.  It’s about a two hour drive from El Paso, but it was already getting pretty late. I made a quick stop in the park, just to be sure I knew what to look for when I came back and then immediately continued on to White’s City to check into the hotel. 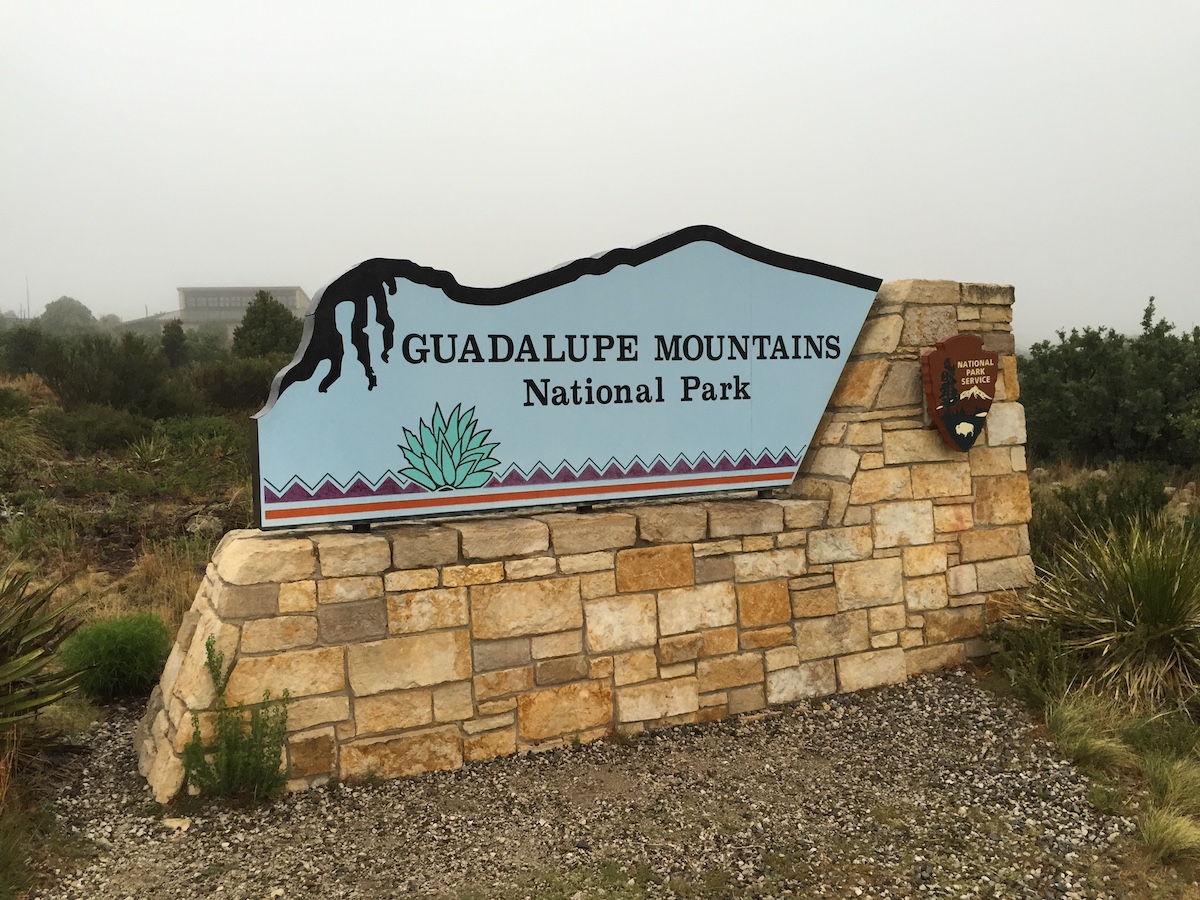 I slept in on my first day of actual vacation and then spent the rest of the morning and early afternoon looking around Carlsbad Caverns. I made it to Guadalupe Mountains around 1:30 p.m. I intended on spending the whole afternoon there and catching sunset, but decided my time would be better spent at Carlsbad Caverns watching bats around sunset so I opted for just a couple hours in the park.  After visiting the Visitors Center, I drove to the Pine Springs Trailhead. The Devil’s Hall Trail was a reasonably sized adventure for the amount of time I had, so I set off down that trail. It is fairly flat elevation-wise, but you walk over a lot of large rocks and through dry stream beds which makes it a somewhat treacherous trip.  I only stopped briefly for photos on the way out and it took me about an hour. I hung out in the shade for awhile before heading back.  All told, the hike took me 2 1/2 hours. 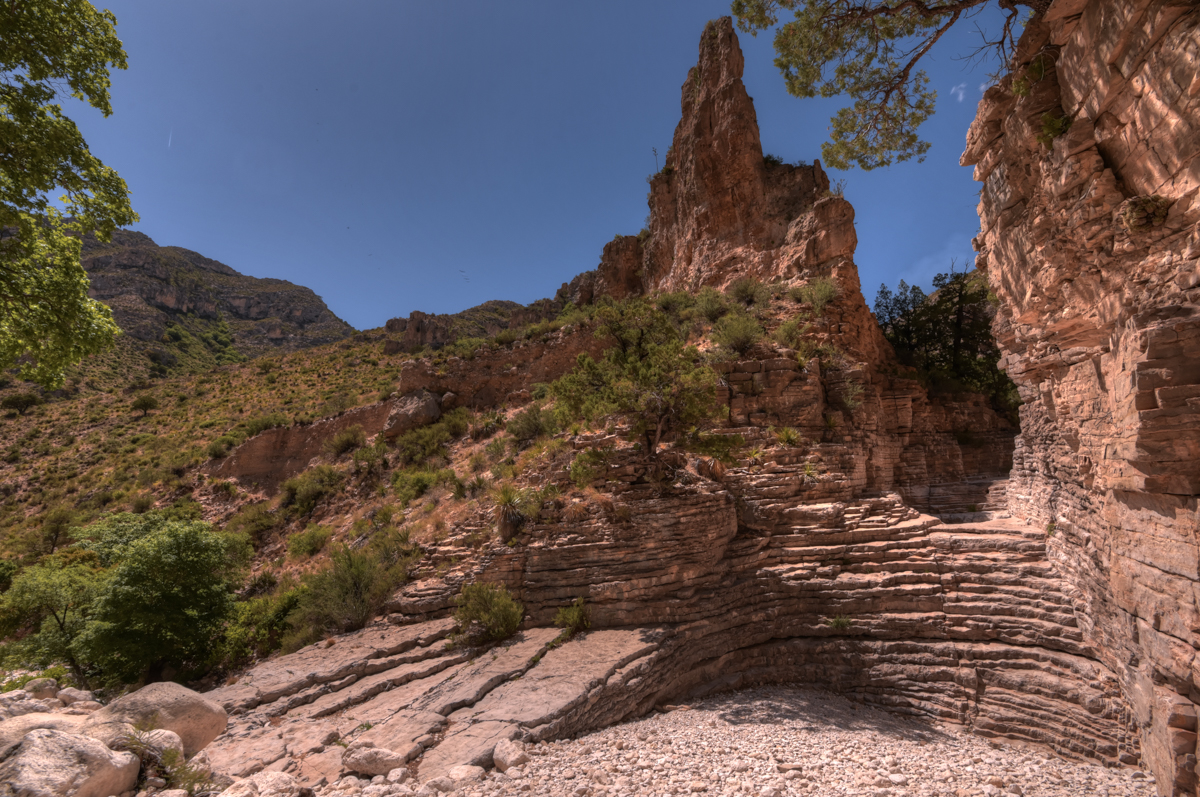 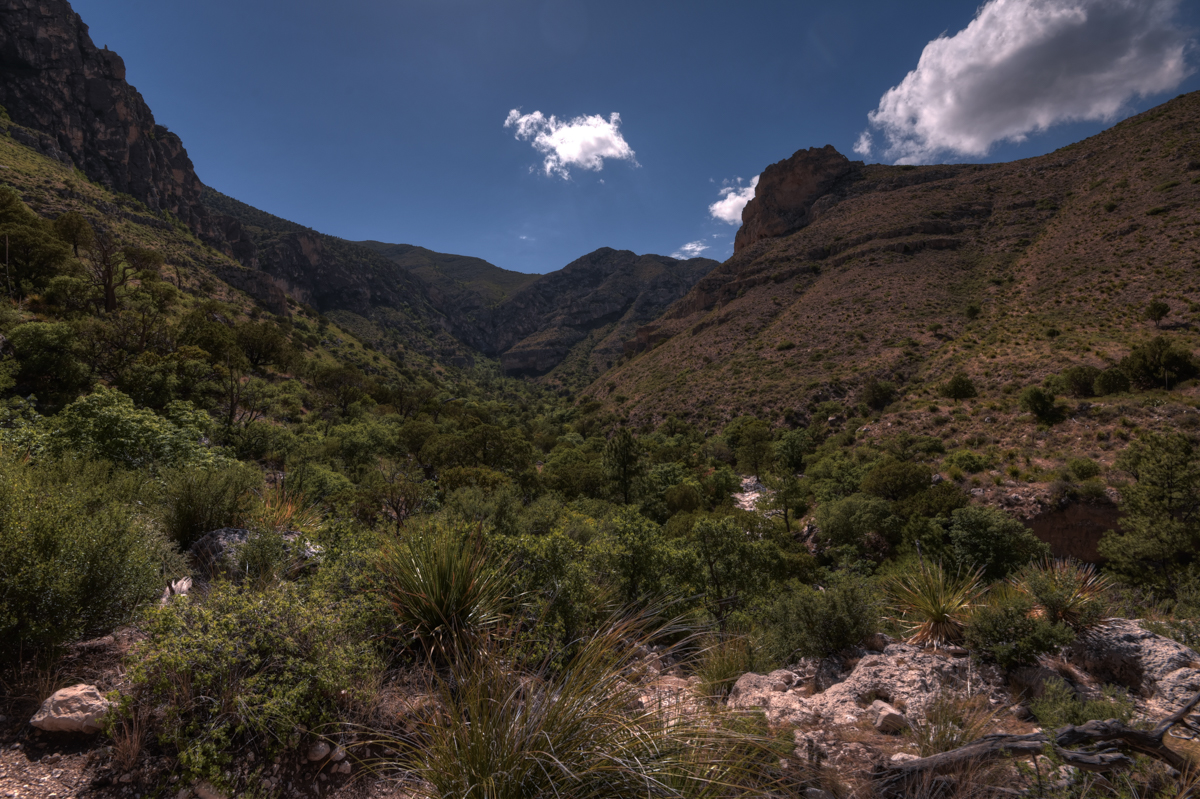 Before heading back to Carlsbad Caverns, I scoped out the El Capitan Overlook along Highway 62. I was scouting for the following evening’s sunset. Ironically, I liked the photo I below I quickly snapped with my iPhone better than any of the photos I took the following night with my DSLR. After that, I headed north to watch some bats.

I spent most of the following day at Carlsbad Caverns, walking through the cave and taking tours. It was about 5 p.m. by the time I headed back to Guadalupe Mountains. This time I didn’t even drive into the park. I made a couple stops along Highway 62 to see if there might be something better than the overlook I checked out the day before. Finding nothing, I got to the El Capitan Overlook about an hour before sunset.  I played around with various compositions, but was shooting into the sun so very few of those shots turned out. As the sun went down, I noticed that (1) it wasn’t going to line up well with El Capitan and (2) the few clouds that there were drifted off leaving a barren sky. As the sun hit the horizon, I tried out various compositions. 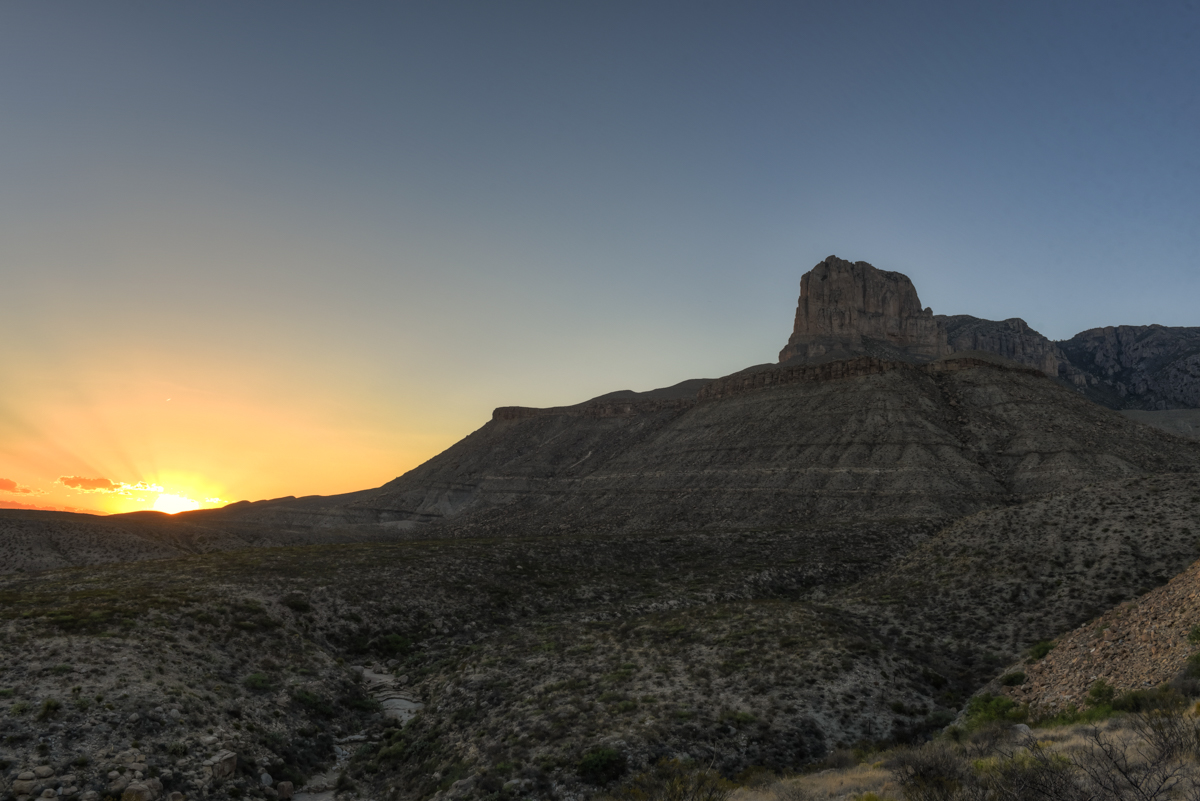 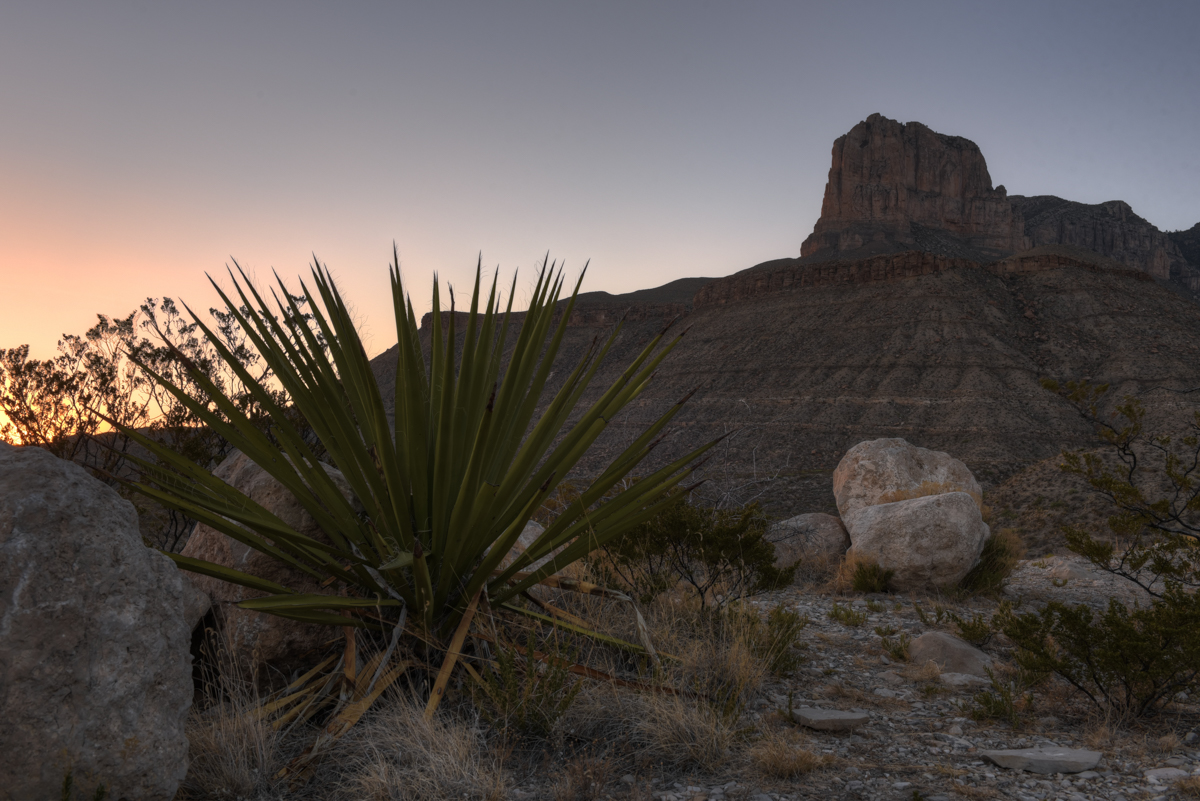 I drove back to White’s City in the dark and packed up my things. The next morning I left early for the long drive through Cloudcroft and over to White Sands, NM.

For various reasons, I didn’t do the one principal activity I had planned for Guadalupe Mountains; hiking Guadalupe Peak. If I ever make it back, I will certainly do that. I would also love to make it back in the Fall as I’ve seen a number of beautiful Fall color photos from the park.

I chickened out of the one shot that I really wanted to get on this trip and that was the view from the top of Guadalupe Peak. I would have loved to get a sunrise photo looking West as the sun rose behind El Capitan. That was not to be however.