Since moving to Washington, DC I have taken a lot of pictures.  After making the rounds at the monuments and memorials I started to get frustrated with how bright and blown out the skies were or how dark the shadows were.  As high tech as cameras are these days they are still limited in the range of light they can handle.  They offer nothing close to what the human eye can see.  I wanted to reproduce the scene as I was seeing it but just could not. So I took up High Dynamic Range (HDR) photography.  HDR uses computer software to combine multiple pictures of the same scene taken at different exposure levels into a single image that Incorporates the optimally exposed areas of each picture. 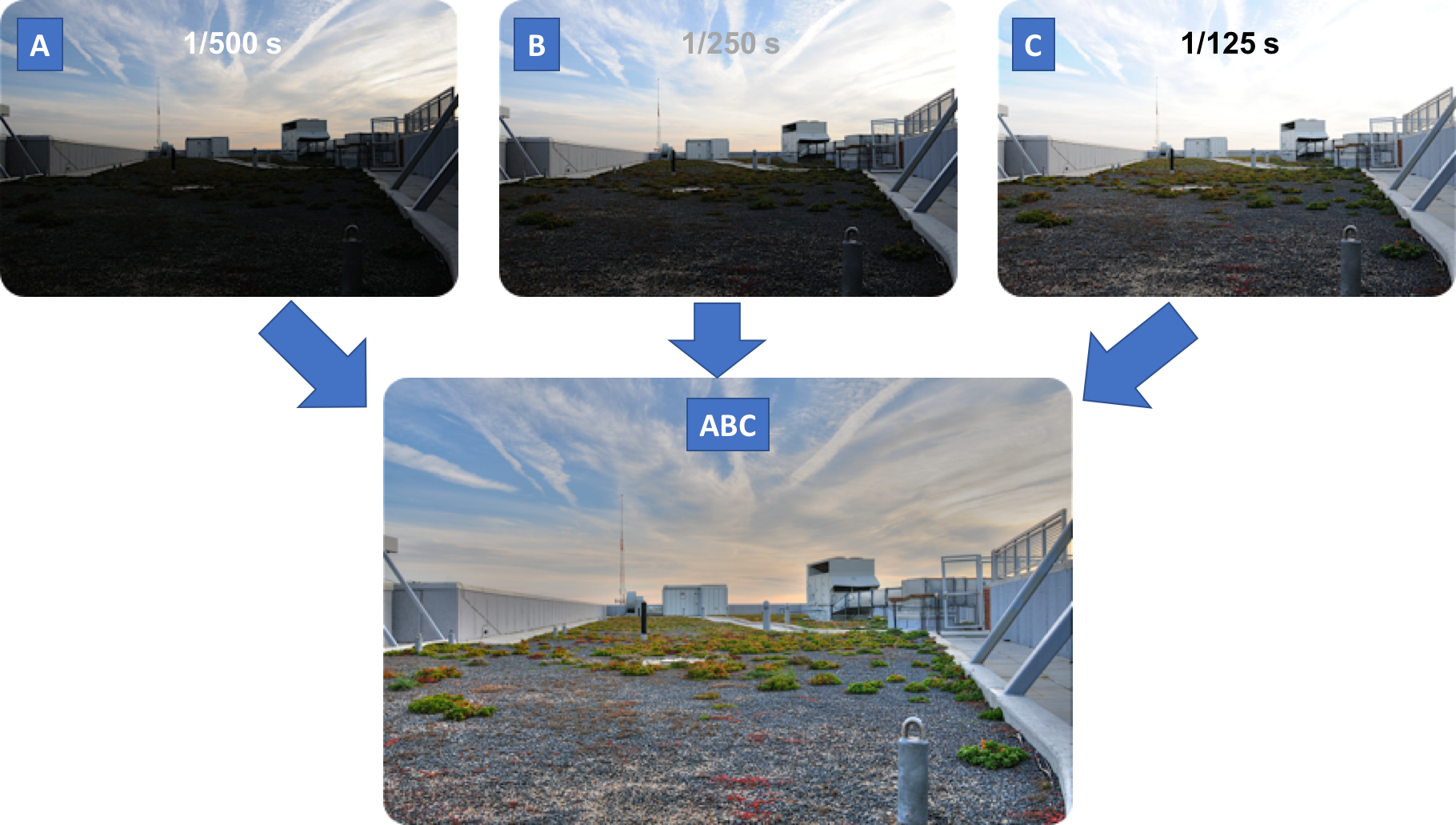 This doesn’t have to be done with 3 pictures.  It can be done with any number of pictures.  I usually take “bracketed” pictures in odd numbered increments so the levels of exposure are distributed symmetrically about a central “optimally exposed” point.  To see this relationship in another way, see the exposure histograms below which correspond to the pictures above.  The software (in my case Photomatix) attempts to create a normal distribution from positively and negatively skewed distributions.

Different people have different philosophies when it comes to HDR.  Some people make adjustments so the pictures look obviously fake or “burnt.”  I try to reproduce the image as I remember it.  I am often tempted to go beyond simple reproduction and you will notice that some of my pictures, especially those in which color is an important element of the picture (e.g., sunsets), are overly saturated.

I make a point of labeling HDR photos so as not to falsely claim some amount of photography skill that I don’t have.  I toil to improve my single image, traditional photography so that HDR isn’t necessary, but until the day when my skills or the technology of cameras catch up with my vision of a scene please enjoy my HDR shots.